Building Your LPO Before The Business Plan 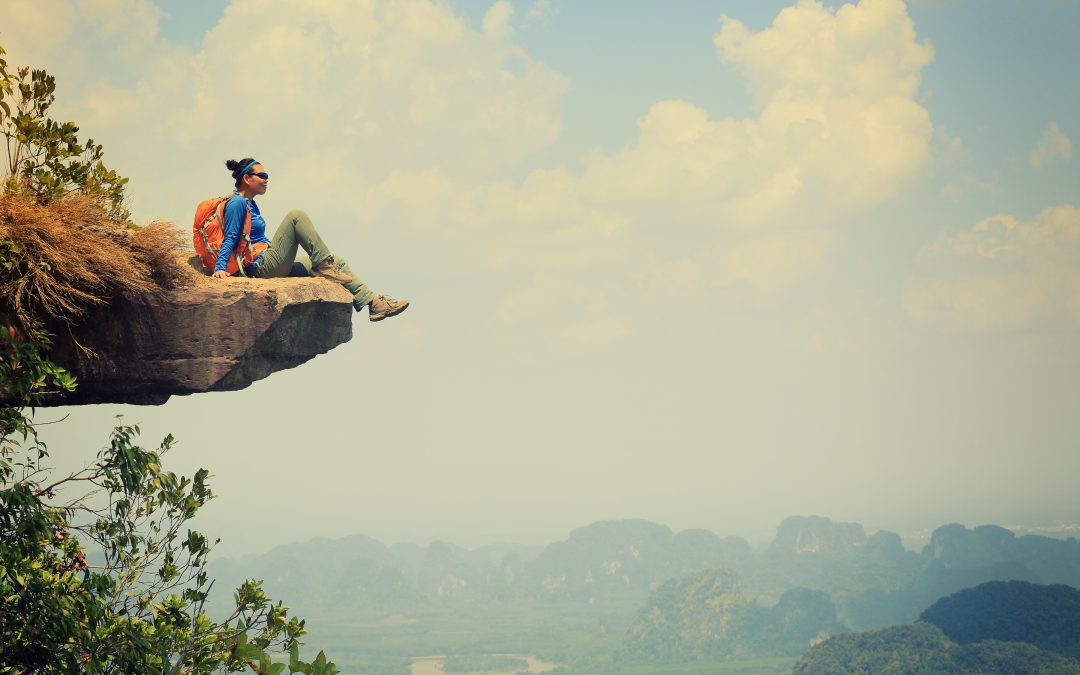 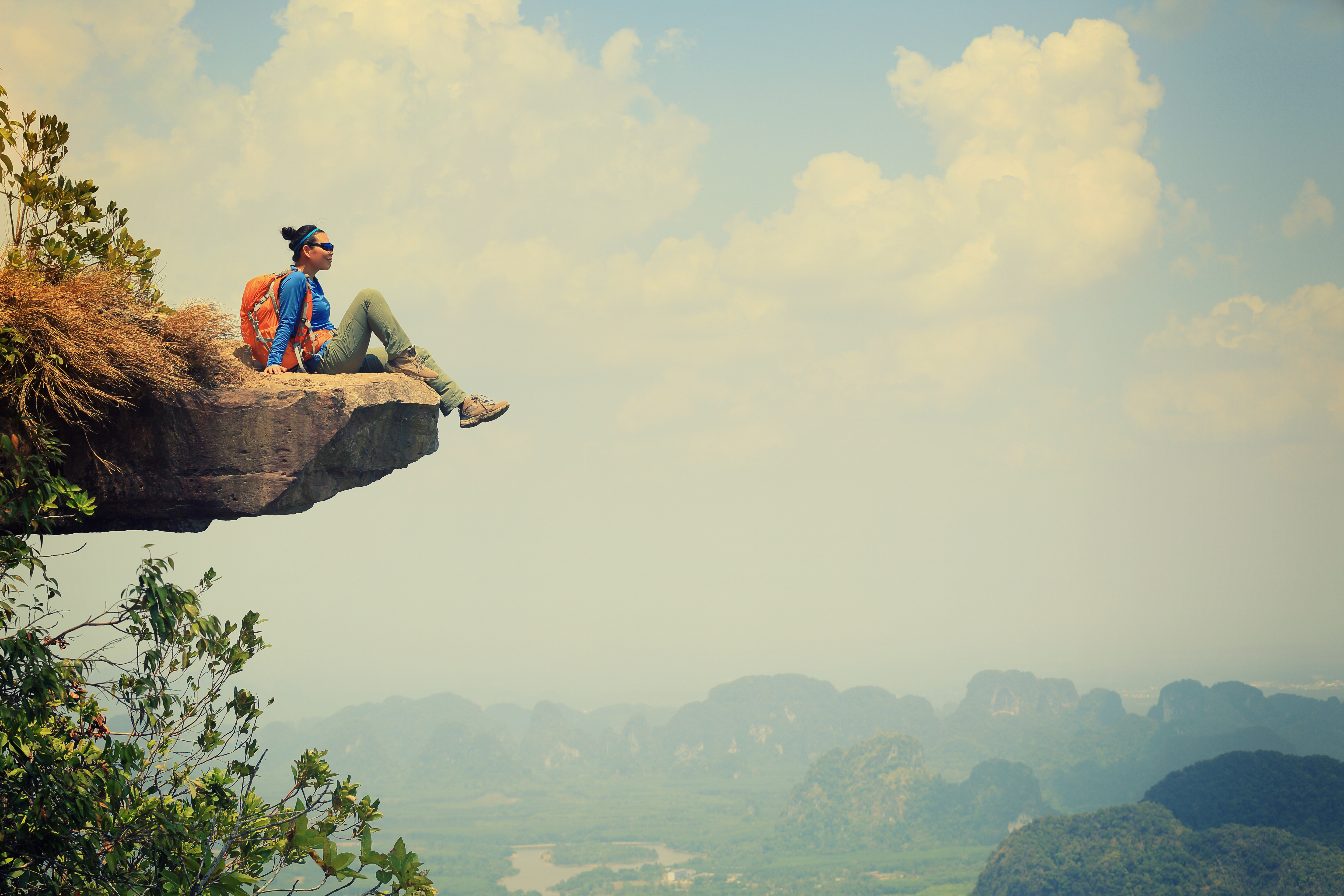 Follow along and build your LPO as you go.

FOCUS31 and international bestselling author James Burgess are pleased to present to you over 85 Blog articles on Business Planning, Business Management and Sales & Marketing. We also invite you to appraise our full suite of Business Management Services dedicated to Small Business Owners.

Then go back over your list, thinking carefully about each item. Notice your feelings, your sense of importance about each one. Circle the few items, no more than five or six, that are the most important not to have in your life.

Make another long list of what you ‘do’ want in your life. Stay away from material things and money—they have little or nothing to do with your LPO. As before, go back over the list and circle the items you most want to be part of your life. This time, circle the items that generate the strongest attraction, the strongest positive feelings. Don’t circle more than a few items—one, two, a half-dozen at most.

Step 3) Set your priorities and break through barriers

Copy the circled items from your do-want list onto a new list. As you do, think about each item and try to rank it in order of importance. Then for each one, think about what it is that gets in the way. What blocks you from having your do-wants? Finally—and this is important—identify your self-imposed limitations. What barriers do you put in your own way with limiting beliefs about yourself and with counterproductive habits?

Step 4) Write your own eulogy 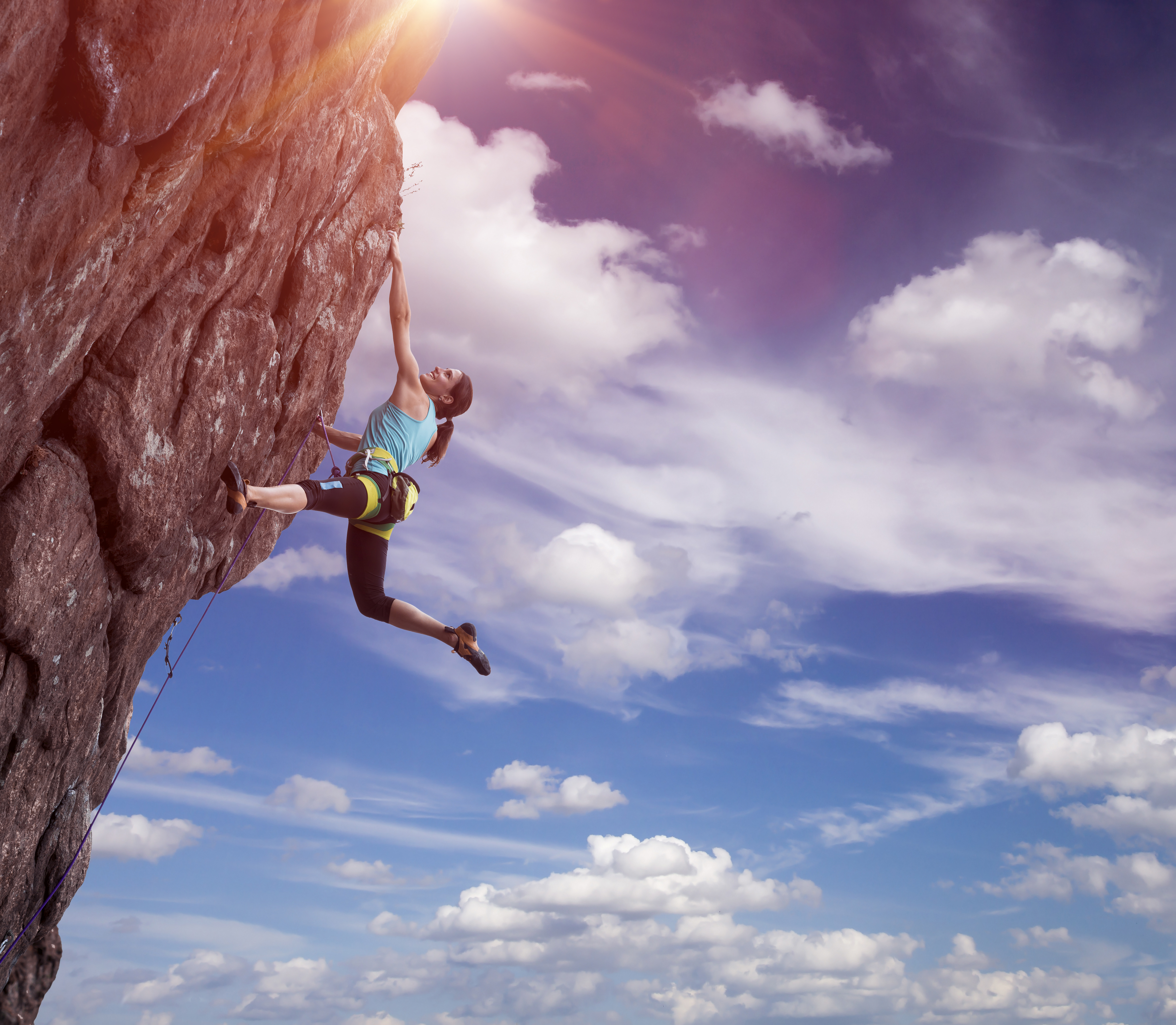 In the fewest possible words, write a statement of the essence of your LPO. Try for a phrase or a single sentence that describes what you want your life to be like in order for it to express what’s most important to you

Expanding on What You DON’T Want

Often it’s easier to know what you don’t want than what you do want. A good way to begin the search for your LPO is to become very clear about all the things you know you don’t want. Make  a list. Don’t stop writing until you’ve put down everything you can think of.

There is a basic premise at work here. It says that focusing on what you don’t want creates more of the same. These things you know you don’t want are probably things you think about frequently. You probably play them over and over again in your mind. The result is that you are mentally ‘rehearsing’ them, practicing them, reinforcing them.

In sports and music, there is a technique called “visualizing.” The athlete or musician mentally goes through the right motions in preparation for the actual event. It has been proven to be a

But there is a dark side. If your habit is fault finding and focusing on what goes wrong, then your mind stays on the negative, and even though you wish for the positive, you are mentally rehearsing the negative. It’s a tough habit to overcome. After all, if you are told not to think about a pink elephant, what’s the first thing that pops into your mind? If you are repeatedly told, or tell yourself, to avoid something, what stays on your mind?

So why do we start your LPO exploration by focusing on the negative? It’s a way of reaching or discovering what you really do want.

Once you have a clear picture of what you don’t want, it can be a simple process of reversing the items to determine your truest wants.

Expanding on What You Do  Want

When do you feel most free? What is it that makes you feel most in touch with yourself? What gives you the greatest sense of fulfillment? Everyone has had moments of peak experience. What are those moments for you? What do you want your life to stand for? What’s really important to you? This is what your LPO is all about.

Again, you start by making a list. Think about what you appreciate, what is important to you, the parts of your life you treasure, what gives you your deepest sense of satisfaction? If your list fills up with material things, dig deeper. Your LPO isn’t about ‘stuff’. It’s about being alive.

We hope you are enjoying this blog article “Building Your LPO Before The Business Plan”. To start to build your Business Plan NOW for FREE join our FOCUS Yourself; A 7-Module Business Planning Program.

JOIN NOW
Expanding on What Gets in Your  Way

Here’s a prediction. As you make your list, you will think of some things you will be tempted to ignore because, “That’s not realistic for me.” Or, “Who am I to want that?” Or, “That’s not something a pe 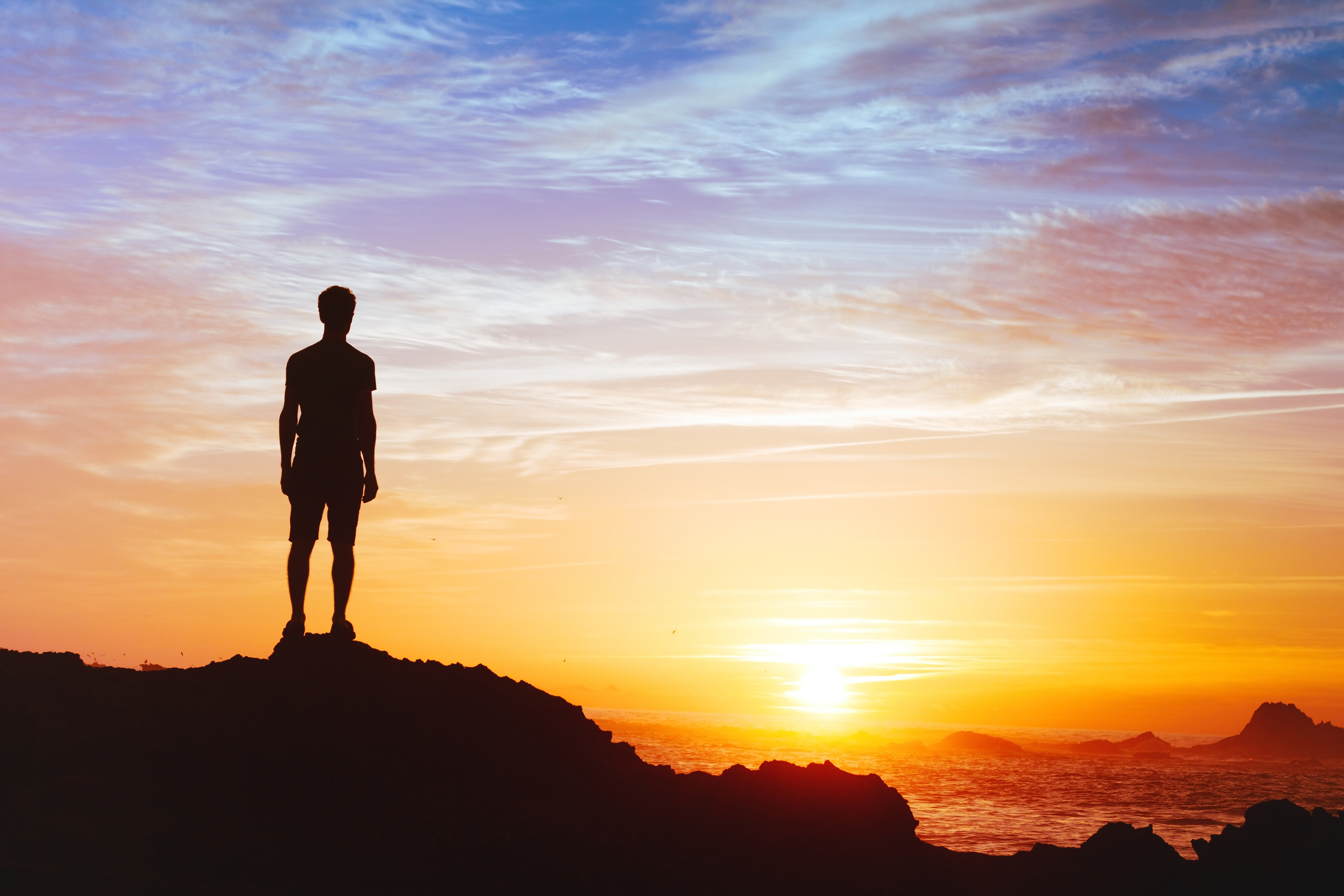 rson like me should want.” Or, “I don’t have the ability to [whatever].” Do not impose limitations on yourself! For the most part, limitations turn out to be more imaginary than real. And even completely unrealistic wishes, if they are heartfelt, tell you something about your core value. That’s valuable to know.

Consider,  for  instance,  David  Moss,  a  63-year-old  owner  of a successful auto repair shop in Ohio. David yearned to ride the space shuttle. It was a heartfelt, deep-seated desire of his, but an impossible one. So he didn’t add it to his do-want list. But he did mention it in a conversation, and it turned out to be an important hint about his LPO.

It turns out that being in space, looking back at the Earth, had qualities that were  important to  him, and that he imagined would be intensely gratifying—qualities having to do with being in touch with grand ideas of widespread importance. He learned, after some discussion, that he could get some of that same feeling of gratification and fulfillment by doing public benefit work in highly visible positions with charitable organizations. He even found a way to involve his business in contributing to this ‘higher cause’. His self-limiting perception of the impossibility of space travel had blinded him to a real source of gratification and the wide range of life experiences that could be truly satisfying  to him.

The point? Don’t ignore heartfelt desires simply because they seem impossible, undeserved, embarrassing, inappropriate, or not within your grasp. Dig within yourself for the source of the emotion behind the desire, and see where that leads you. More often than not, it will lead you to a new source of fulfillment.

Consider the following. With a diagnosis of terminal cancer and one leg already amputated, would it be reasonable to think of running across Canada to raise awareness for cancer? Would it be impossible, embarrassing, inappropriate, and not within your grasp? Could you run 5,373km before succumbing to the cancer if you hadn’t first ignored the obvious self-limiting beliefs, like the Canadian hero, Terry Fox?

There is greatness within all of us. We see and hear the stories every day. Is it time to create your Terry Fox moment? Is it time for your legacy to unfold? I certainly hope so!

Your Personal Goals Should Be in Line with Your  LPO

Once you’ve identified your LPO, how do you live day to day  in a way that brings it to life? Personal objectives are an effective way to do it. If your life is like a puzzle, and your LPO is the key to the big picture, then personal goals are the pieces of the puzzle.

Personal goals and objectives are the specific things you want to accomplish within a defined period of time.

How Does Your Business  Fit into This  Picture?

It can happen in either of two ways. You could choose to develop your business plan in such a way that it frees you to other interests, or the business plan could itself be a reflection of the very essence of what’s most important to you in life.  The  Business Navigator Program, for instance, is such an enterprise. The principles created it as one of their personal objectives, one that contributes greatly to the realization of their LPO. 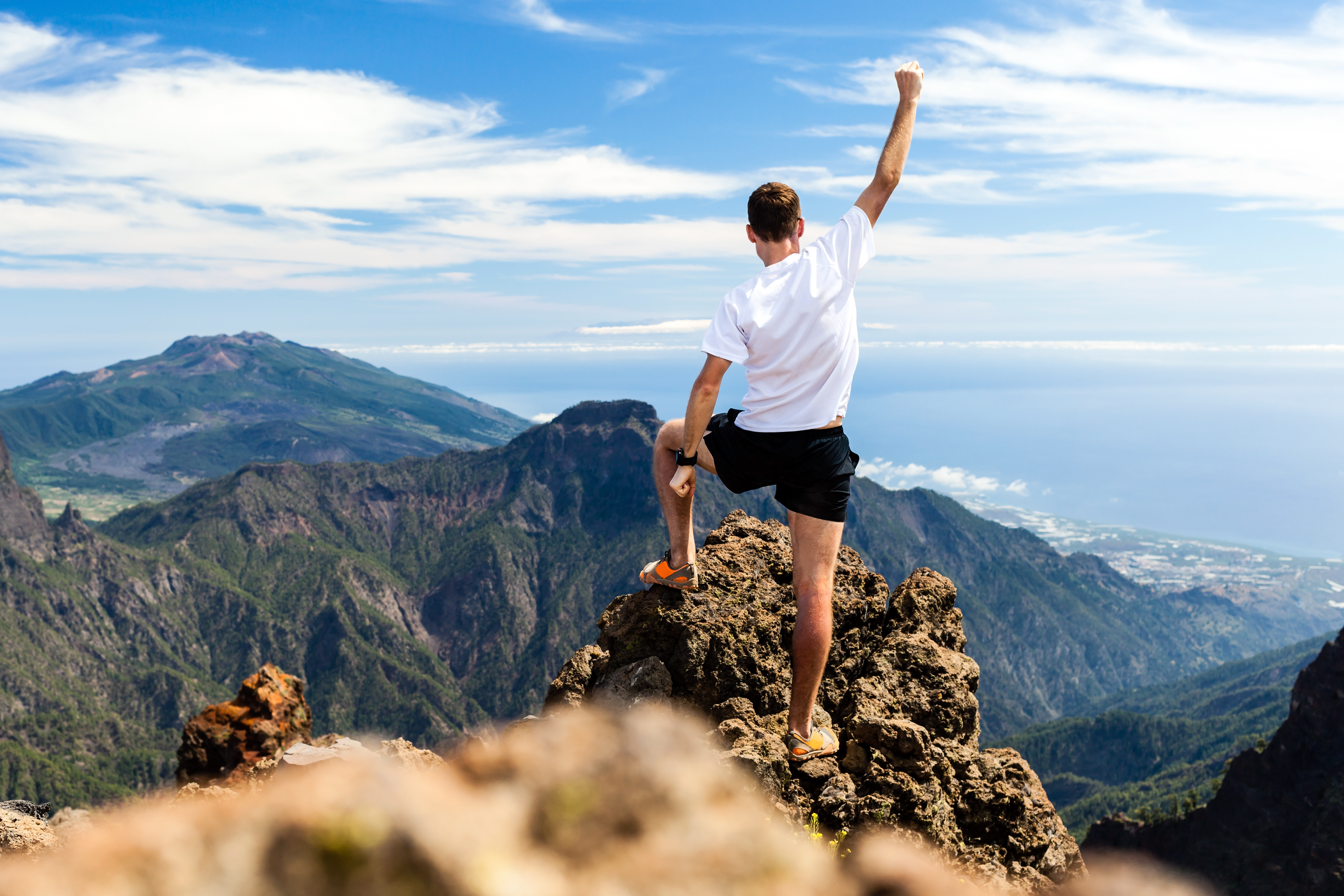 What Really Matters is You

If you have come to the conclusion that the discovery of your LPO is one of the most important things you will discover then you get the point. It may seem a bit odd that in order to get your business plan in shape, you first have to look within yourself, but it’s not really odd at all. When all is said and done, the bottom line—have we said it enough—is you.

The following list of questions can be helpful for stimulating your thoughts and putting you in the right frame of mind for working on your LPO. Take time to think about your answers. There are, of course, no right or wrong answers, just answers that are true for you. Some questions have easy, instant answers, some questions have difficult answers that can take a great deal of thought, and some questions can cause you to rethink your most basic values and attitudes. Most importantly, be brutally honest with yourself.

With your LPO now defined you have a clearer mindset for creating a brilliant and aligned business so you’re now ready to build the business plan that will define the journey of your business in a manner that is true to YOU.

WHAT’S THE NEXT STEP? 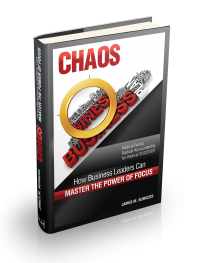 1.You can find out more about what a business plan is and its importance with the international best-selling book CHAOS; How Business Leaders Can Master the Power of Focus. Get your FREE copy HERE

2. Use our FREE business planning program FOCUS Yourself; A 7 Module Business Plan Program. This is not a business plan template, it is a full business plan that is EASY and FAST, making your plan SUSTAINABLE and entirely PRACTICAL. Start your business plan NOW

3. Not sure why you need a small business plan? REGISTER for a FREE FOCUS Discovery Consultation where you will talk business, your business, with international best-selling author James Burgess

4. Challenge yourself to FOCUS Your Business In Just 30-Days and learn how to build a business that will THRIVE not just survive with our FREE webinar HERE.